This structure is clear, and it works, but there is a reason why it’s not so obvious, and that is the way the characteristics of each quadrant of the documentation overlap with those of its neighbours in the scheme. 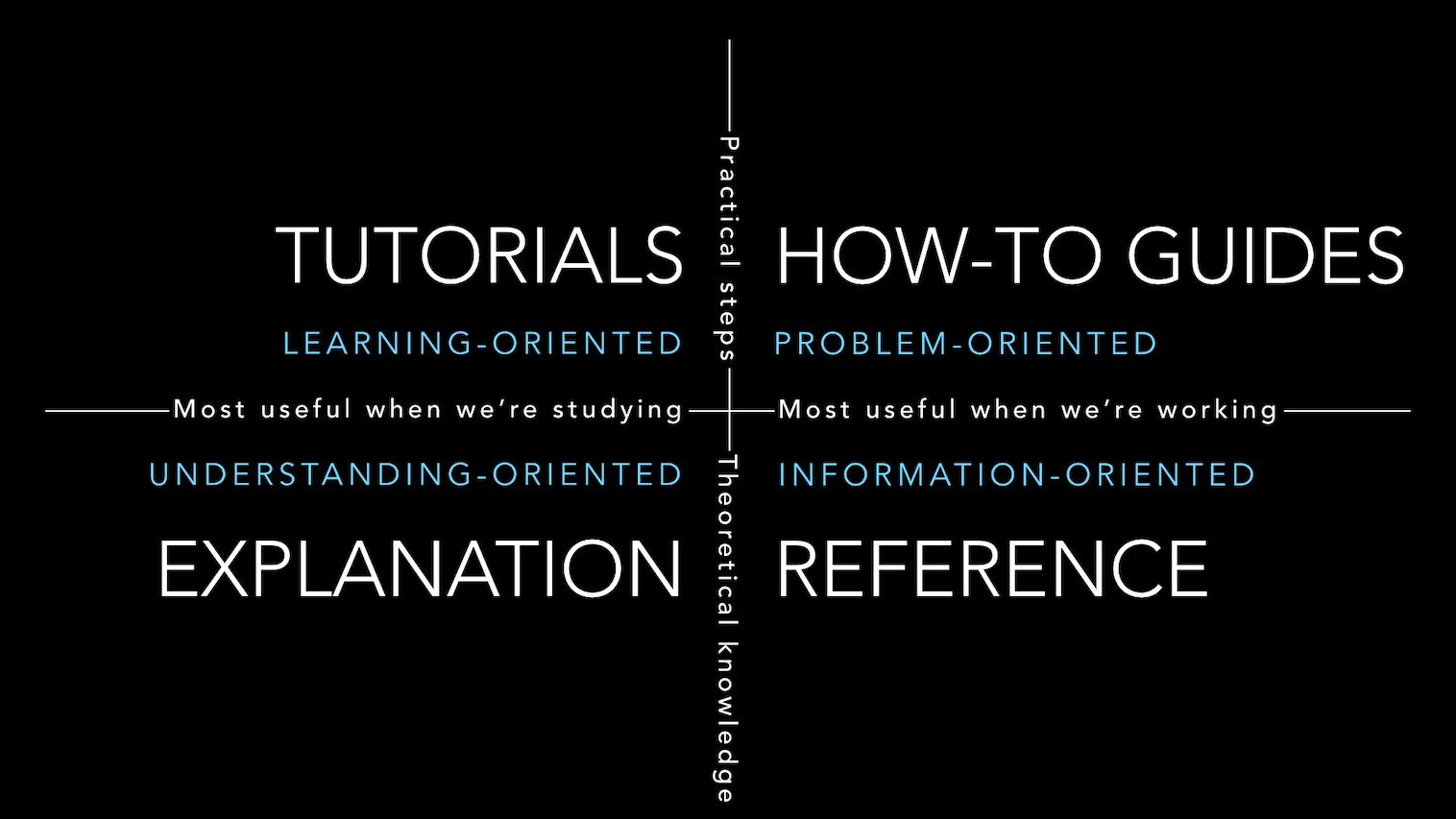 Each of the quadrants is similar to its two neighbours:

Given these overlaps, it’s not surprising that the different kinds of documentation become confused and mixed in with each other. In fact, there is a natural gravitational pull of these distinct types of documentation to each other, and it is hard to resist. Its effect is to collapse the structure, and that is why so much documentation looks like this: 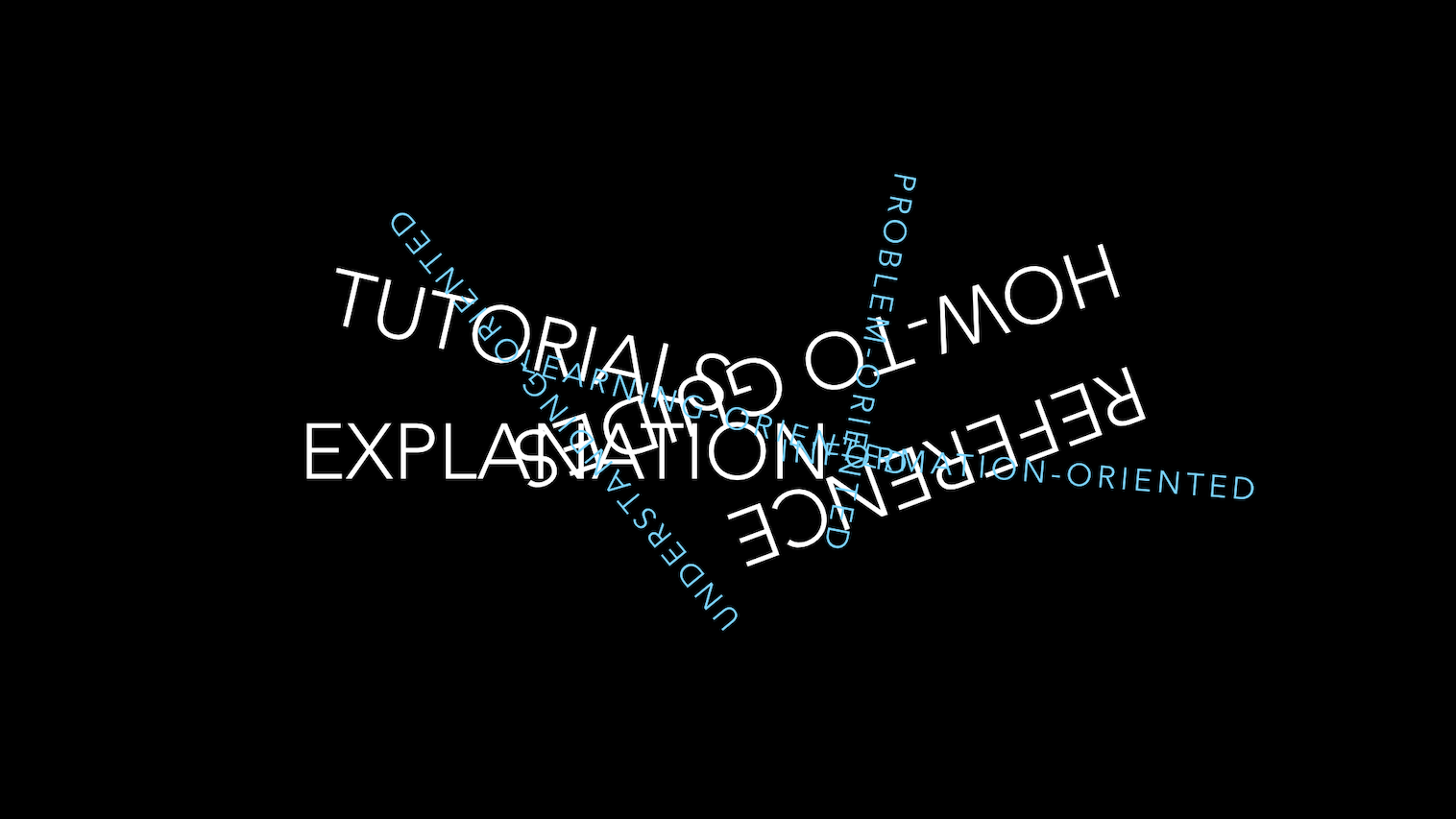 Adoption of the system¶

Though it’s rare to find it clear examples of it used fully, a great deal of documentation recognises, in different ways, each of these four functions.

Good examples of the scheme in substantial projects include:

It’s possible to use the system even in very minimal documentation, for example CoReport (an open-source COVID-19 reporting project). Here, applying the system creates a framework for future documentation, helping ensure that new material will conform.

Sometimes the documentation is so minimal that not all quadrants are ready to be represented, as in the case of Getting started with Java and Spring-boot, which includes only a tutorial, how-to and reference material.

But I never wanted to do DevOps! is the written material that accompanies a popular workshop. The documentation strictly separate the tutorial, the steps learners are to follow, from the explanation (Further reading). Both belong to the most useful when we are studying side of the system, so it’s natural to include them in a workshop.

In each case though, however minimal or even incomplete, the system is respected and the clear distinction between sections and their purposes will benefit the author and user right away, and help guide the expansion of the material as it develops in the future.

About the analysis and its application¶

The analysis of documentation in this article is based on several years of experience writing and maintaining documentation, and much time spent considering how to improve it.

It’s also based on sound principles that come from a variety of disciplines. For example, its conception of tutorials has a pedagogical basis; it posits a tutor and a learner, and considers using software to be a craft in which abstract understanding of general principles follows from concrete steps that deal with particulars.

The system is presented regularly at talks and interactive workshops. The analysis has been applied to numerous projects, including large internal documentation sets, and has repeatedly procured benefits of usability and maintainability, across a very wide range of technical subject matter.